The new Silk Road: by train to China

Transporting cargo to or from China? Then choose for rail transport. Several times a week, the initiators of New Silkway Logistics offer a connection from Europe to China and vice versa. In 16 to 18 days the cargo (20 ", 40" ft and 45 "ft containers, FCL and LCL) is at the chosen terminal. 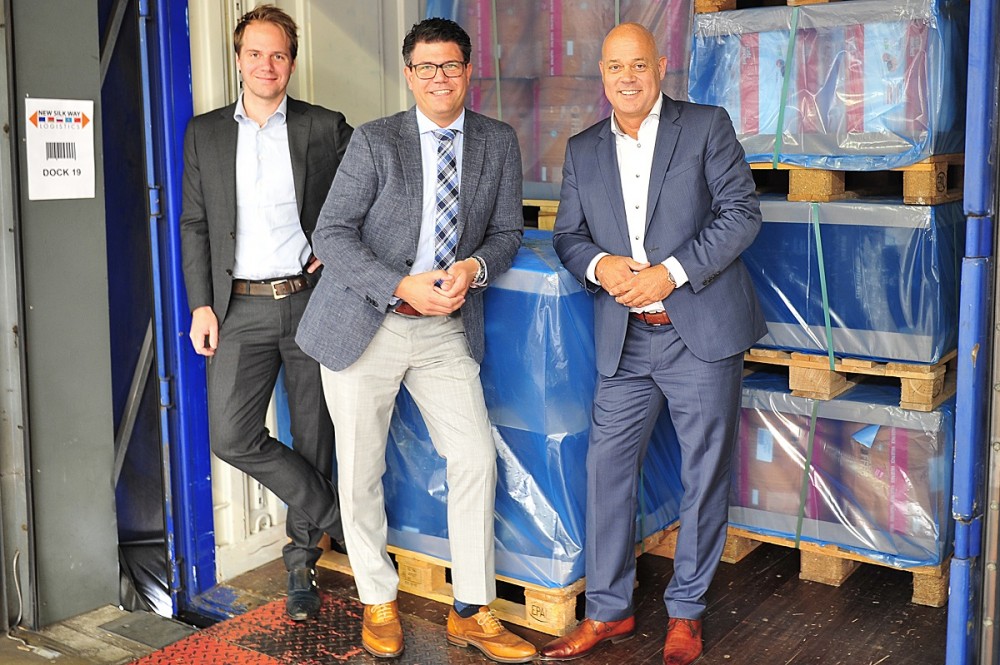 New Silkway Logistics is a joint venture of three renowned logistics service providers: H. Essers, KLG Europe and Royal Wagenborg, explains Business Development Manager Paul Bakker. The three parties compete on the road, but on the rail they work closely together. "All three of us were active in China to varying degrees and had our own offices and warehouses there."

Cargo goes from China to Europe, but from Europe to China is an imbalance. A customer asked the parties to set up a good rail service, including services such as customs clearance procedures in the various countries and at the various Chinese provinces, track and trace, temperature logging and assistance with the quarantine process. New Silkway Logistics was born.

After various tests, twenty to fifty containers per week are now going eastbound and westbound. Rail transport is ten times cheaper than air freight. Compared to sea freight, rail transport is more expensive, but the lead time is shortened by half. Bakker explains that when calculating costs you should not calculate from seaport to seaport, but from loading point to ultimate unloading point. “Otherwise you compare apples to oranges. Sea freight often has to go far into the hinterland in China, with the rail hubs in Yiwu, Chengdu, Chongqing, Wuhan and Yingkou we are closer to the market. That is important, especially now that this sales market is getting bigger. Due to the capacity shortage at sea, shippers are looking for alternatives. There are also companies that, since Hanjin's bankruptcy, have consciously searched a diversification of modalities for their valuable goods. ”

There are several routes from Europe to China. The most famous is the northern route via Russia. Another route goes through Belarus, Russia and Kazakhstan. In both cases, the route requires many operations. For example, at the border the containers have to be transferred to another wagon because of the different rail widths.

Various Chinese provinces are currently subsidizing rail transport, but according to Bakker, the Silk Road is also profitable without government feelings.

“That will also depend on the number of departures and the amount of return cargo. But we think we are getting adequate cargo eastward. The joint network of H. Essers, Wagenborg and KLG covers Europe, and we have a warehouse in almost every European country. In the future we want to bundle volumes and run our own trains, 45 ft containers are ideal for on the train. Good contacts with the Chinese operators allow us to scale up quickly. Moreover, we also provide services to South Korea and Japan. We have return shipments from Cambodia and Vietnam. ”